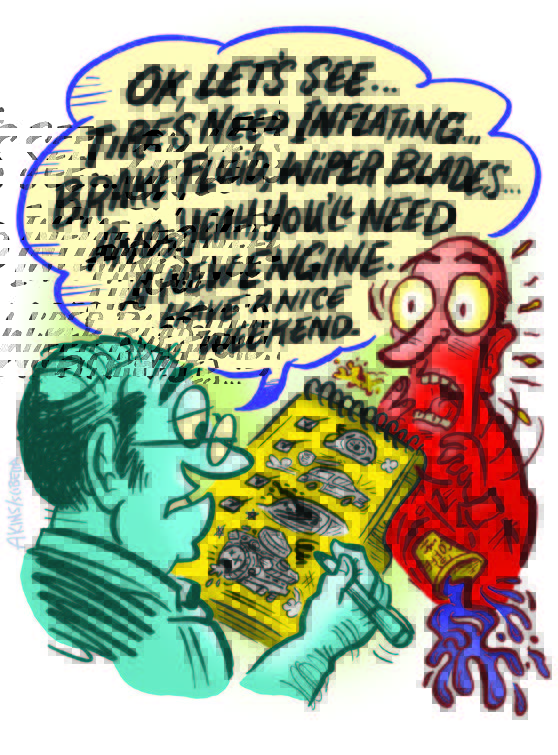 New technology poses new challenges as smaller displacement turbocharged engines create some major challenges for the vehicle manufacturers and the technicians servicing the vehicles. When cruising, the turbocharged gasoline direct injected engines (TGDI) consume only a fraction of the fuel the larger displacement engines equipped with port fuel injection require. When called upon for performance, these engines can produce power and torque equal to that of an engine twice its size in displacement. Downsizing the engines and boosting the power with turbochargers and direct injection has created some challenges for the vehicle manufacturers and the service industry in the form of low speed pre-ignition (LSPI). Unfortunately, these are conditions that will have to be dealt with until new technology can be introduced to minimize the condition. While some of the reasons for the symptoms will be covered in this article, more research and modifications by the vehicle manufacturers will be necessary to eliminate LSPI.

While technicians have dealt with pre-ignition and detonation since the introduction of the internal combustion engine, there is a new challenge in the service bays. The challenge is becoming a common occurrence with the TGDI applications. LSPI is basically a pre-ignition event occurring prior to the
spark plug igniting the fuel mixture. The condition occurs during low speeds (RPMs) and during rapid acceleration or high load conditions and is referred to as LSPI. This uncontrolled combustion event can result in a high-pressure condition resulting in catastrophic engine damage. When the combustion event occurs prematurely (pre-ignition) during the compression stroke, major damage to the engine components can result due to the expansion of the gases during a time in which the piston is still compressing the gases. This results in excessive pressure being placed on the engine components, causing major engine damage. Components affected due to the excessive pressure include the following:

The original thought was carbon deposits (hot spots) were the sole contributor of LSPI. Carbon deposits have been a major issue with this engine design, especially considering that the method of fuel delivery to the combustion chamber is direct injection. Further research has confirmed that with direct injection, fuel and oil mixtures (oil droplets) may vaporize and ignite prior to the ignition spark delivered via the spark plug. These mixtures may also affect the octane rating of the fuel. Lubricant formulations have been modified by the vehicle manufacturers. API SP is the recommended oil specification to address engine component wear, reduce deposit formations and help control LSPI.

With direct injection, the limited time for fuel vaporization makes these engines highly susceptible to pre-ignition. The fuel is injected into the combustion chambers under high pressure. Fuel mixed with oil makes the condition for pre-ignition highly probable. At slow speeds (low RPMs), avoid loading the engine. For example, avoid heavy acceleration during low speed conditions.

New technology creates new challenges. When port fuel injection was first introduced it passed all road tests, as thousands of miles on test vehicles by the vehicle manufacturers did not produce a single failure. However, those vehicles were driven constantly and the engines never shut down. When they were put into everyday use, they started encountering cold start performance issues and misfire complaints due to carbon deposits forming on the injector tips during heat soak following engine shut-down. The fix involved moving from a pintle valve injector to the metered disc type. New technology will prevail in eliminating LSPI.

In the meantime, be familiar with LSPI, as you will certainly encounter these symptoms and engine component failures. Be prepared to explain these events to a customer.