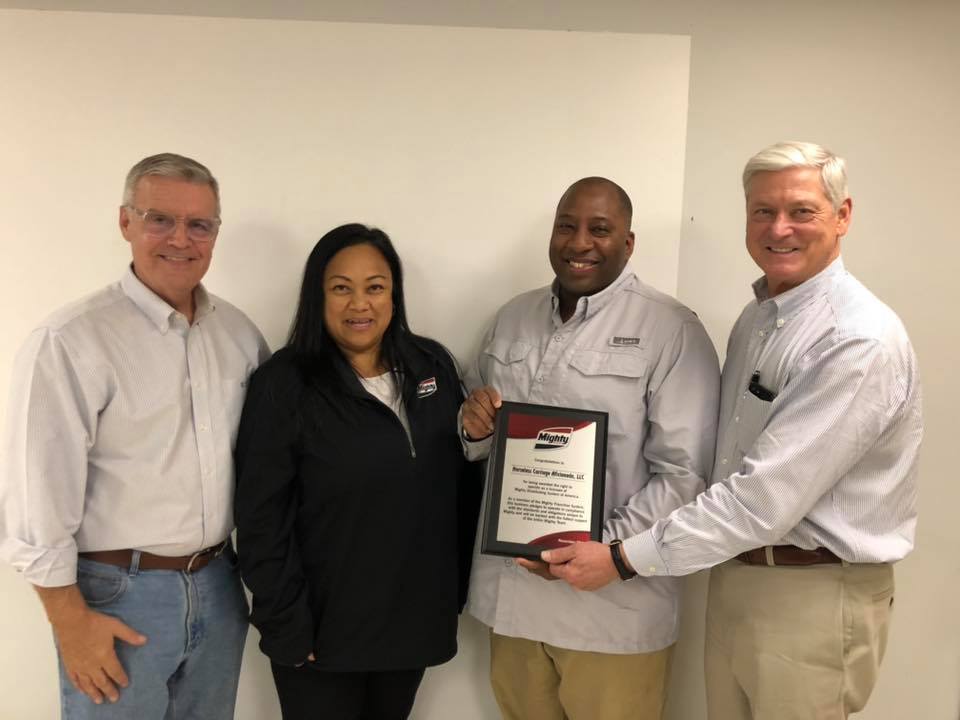 Mighty Distributing System is proud to announce that U.S. Marine Corps veteran, Franklin Dixon, and his wife, Betsy, have acquired Mighty of SW Florida, a Cape Coral-based Mighty Auto Parts franchise. The previous owners, Brad and Karin Helm, have decided to retire after 22 years with Mighty.

Franklin Dixon is a New Jersey native and life-long car enthusiast. After receiving his B.S. degree in Administration of Justice from Rutgers University, he spent ten years in the U.S. Marine Corps as an officer that included numerous tours abroad. He was discharged from the Marine Corps at the rank of Captain. Franklin went on to work for the U.S. Department of State’s Bureau of Diplomatic Security as a Foreign Affairs Officer. Betsy Dixon is originally from Hawaii and is in the real estate business. The couple decided to relocate to Florida and pursue small business ownership. They found Mighty online and Franklin was able to take advantage of special incentives for veterans offered through the International Franchise Association’s VetFran program, of which Mighty is a member company.

Franklin Dixon said, “I am very grateful to Mighty’s leadership team for helping to bring a lifelong dream of business ownership to fruition. I am extremely proud to become part of a well-established, well led, and dedicated organization. I want to thank the former franchise owners, Brad and Karin, for their support, hospitality, and 22 years of excellence with Mighty. As a Marine Corps veteran accustomed to long hours and hard work, I will work just as hard to ensure our business succeeds and that our customers thrive.”

Ken Voelker, Mighty’s President & CEO said, “All of us at Mighty are delighted to have Franklin and Betsy join the Mighty family. We appreciate Franklin’s distinguished military career and are pleased to support the IFA’s VetFran program as the Dixons become Mighty franchise owners.”