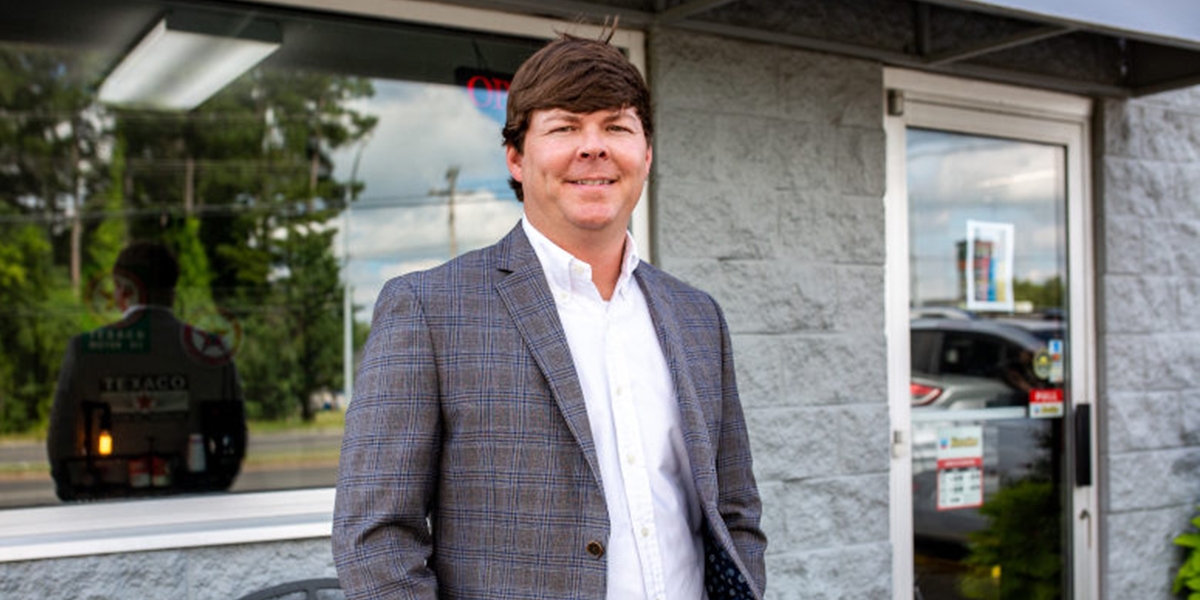 National Oil and Lube News has announced their 2021 Operator of the Year, Jason Berry of Havoline® xpress lube® in Hartselle and Cullman, Alabama. He is a positive and aspirational leader in the automotive service industry and a true advocate of Mighty’s products and services.

This honored title of NOLN’s Operator of the Year is awarded to quick maintenance all-stars who stand out through their talent, inspiration, and dedication to improving the automotive industry and their communities.

Jason owns two Havoline® xpress lube® locations, one in Hartselle, Alabama, and one in Cullman, Alabama. Both locations happen to be on the same road, just 20 miles apart from one another. Jason never imagined he’d be an owner/operator of one, but he grew up in the automotive service industry and frequently accompanied his father on measure jobs, which is where he attributes his strong interpersonal and communication skills.

“I’ve been a strong communicator from an early age. It’s just my natural ability to be able to communicate and to talk to anyone on any level – whether it’s the janitor or CEO. I always treat people the same.”

As NOLN’s Operator of the Year, Jason sets the standard when it comes to open communication and gracious service. He’s people-centric and believes that the best approach to customer service is simply to treat people right. Another strong work relationship Jason has is with Mighty and specifically, his Mighty rep Matt, who he feels goes above and beyond to make sure his businesses are succeeding.

“I can’t say enough good things about any of the guys I’ve met from Mighty. They really listen to me, if I need something, they listen to what I’m saying and then they go about it.”

Jason’s advice for those looking to get into the auto service is simple. “Just be open-minded and expect a lot of hard work. It’s all about putting the time in.”

Mighty wishes a heartfelt congratulations to Jason for his impressive accomplishment of winning the NOLN Operator of the Year Award. He is a true role model and sets an example for his team and customers daily. Way to Be Mightier, Jason!